Home > Our news > Pause for progress

[This interview was conducted with the Pause Bristol team in 2018 before One25 was asked to deliver Pause programmes in South Gloucestershire and North Somerset.]

Since June, Pause Bristol has been working with women who’ve suffered the trauma of having children removed from their care. Pause supports women to choose and make positive life changes.

Just to start, I have to say it sounds like Pause is giving real hope to the city!

Isobel: Well the situation before wasn’t working! If it had, women wouldn’t be in the situations they’re in where they have two…three…five children removed. A woman would have a child removed once and the support that’s out there would then be enough. I’ve always wanted to work to this model. And our partner services have been amazing.

Charlie: Yes, we’ve been welcomed everywhere that we’ve gone cause people are seeing that we can make changes happen.

Caz: And we’re helping those services. These are the women they’re trying to work with too and they want to see the same changes.

Hayley: I think this is what social work needs to look like. It produces fantastic results and results that last.

How come a woman can be so well known to other services but not working with them?

Isobel: Like outreach with One25, it’s about building trust. Six months in we can begin to see that women have been testing us, working out if we can be trusted, working out what we will do and what we won’t do, how far we’ll go, that we’re going to keep engaging with them and not give up.

I arranged to meet a woman several times and we’d be just about to meet and she’d say she’d have to go. It happened about six times and then it stopped. She was sussing out whether I was who I said I was – somebody who wanted to get to know her and understand her and who had her interests at heart.

Charlie: It’s all about building really positive, professional, working relationships with these women and sticking by them through thick and thin. A woman I’m working with went very quiet for a few weeks. We talked about it later and she said “you know what, just getting your texts every couple of days showed me you were still thinking about me, that you hadn’t written me off the programme cause you hadn’t seen me”.

Isobel: Most services are so tightly resourced and have such strict parameters about what they’re trying to achieve that they have to be less flexible. For instance, if someone misses a certain number of appointments they might go to the bottom of the list. That’s frustrating but sometimes it’s the only way services can manage. But for the women we’re working with who have such chaotic lives they can’t manage in the way that those services need them to so they do get written off.

"We have no agenda but theirs"

It sounds like women’s relationships with you practitioners are really important then?

Hayley: Yeah, it’s still professional and with boundaries but it’s a very different relationship from other services. You’re very much in the thick of their lives, not on the end of a phone in an office.

Isobel: A woman said to me yesterday “I don’t talk to professionals from other services on the phone – only you”. When those comments come up, we know we’ve built a significant relationship. They’re not doing things for us because they feel that they have to. But the flip side is that some won’t do anything unless they feel they have to. If they don’t feel like turning up to meet you, they won’t!

Charlie: We regularly hear in conversations things like “I’ve never told anyone this…you’re the first person I’ve shared this with” or “do you know what, you actually get me!” And that comes with time – being able to spend the time to actually understand who they are. So through our relationships women can make the changes they want.

How do women go about making those changes?

Isobel: I start by asking “where would you like to be in a year” and then work back from that. One woman had a child removed who is now grown up and wants to meet her. She’s spent years in a violent relationship and has used drugs heavily so her teeth are terrible. This is one of her goals – to get her teeth sorted before meeting her child. So we went and registered with a dentist.

A woman I work with told me she hates her surname; it was her abuser’s and it reminds her of him. So we’re going to change it – we’ve ordered her a birth certificate to start the legal process. You can talk to people about drug use and about housing but if people feel awful all the time it’s really hard for them to do anything. So we get down to what’s going to make them feel good now. And from that we have a platform to start looking at the bigger things.

Hayley: I’m working with a woman who loves music. She suffers terribly from mental health issues and not being able to leave her partner. Even though they have a violent relationship, it’s where she feels safest. We’ve got her housing and all of that stuff but she can’t quite break away. I realised none of this is going to change while she’s still in the same space – her confidence, her life…it’s still the same. So I said to her she needs to find something in her life that brings her joy and helps her build up her confidence. It needs to be completely different from her everyday chaos.

She talked about making music as a way for all that anxiety to just disappear. Once she has that and has something to aim at, in time she’ll naturally start moving away from her partner, reducing her drug use, starting to make a relationship with some of her children again. It’s taken six months for our relationship to get to this stage. She can be confident enough for me to go with her to do music. She knows I’ll be true to my word. It’ll get her out the house.

"We get down to what's going to make women feel good now. From there we can start to look at the bigger things."

So ‘small’ changes can actually be a really big deal! And the idea is that working on the small stuff can lead to the big stuff?

Hayley: Yes. Some women will make massive steps and change their entire lives. Other women, just to think that by the end of the year she can get to an appointment on her own, on time. Or just engaging with a professional body when she’s never engaged with anything before…

Isobel: And it’s different for different women. One woman I work with is very bright, she’s been street sex-working since she was 14 and using drugs intravenously, suffering domestic violence… For her to actually think about going to a refuge is a big deal for her. Her mode is “I’m fine, I’m fine” so for her to recognise that she has a choice is an enormous step.

Charlie: For example, a woman I work with being able to ring up and make an appointment and talk to a professional on the phone… two months ago she wouldn’t have been able to do that. Now she is and because of that her script is still in place. When she’s off her script, that’s when she becomes chaotic, that’s when she sex works, when she uses intravenously. When she’s stable on her script all that is very much reduced.

So it seems like a small thing but the impact of her having felt able and having done that when I wasn’t around is very big. She was able to ring, make an appointment, secure her script and go to collect it. A small task like that affected her entire life at that time. And then she’s got a sense of achievement. She’s sorted it. She hasn’t had to turn to someone else and she’s had praise for being able to do that.

And part of it, for some women, is knowing that we’ve got their back should it go wrong. That makes it easier to take risks and do things they might be afraid of.

"To recognise she has a choice is an enormous step."

Caz: There’s a lot of work going on in the background running concurrently with the ‘small things’. Some of the bigger things take an awfully long time to get into place. We’re starting them now so that when a woman is ready, the groundwork’s already done for those things to happen. Someone might want to get their own house but if they’re not ready and we just dump them in a house it might well go wrong.

Some of the women are really well known to social care professionals and some not at all. The background work means calling every professional that is part of a service that has one of these women on their case load. We get everyone who’s working with that person around the table so we’ve all got the same aims for a woman. So if a woman goes to see one professional they’re helping in the same direction. And we’re getting in touch with professionals who aren’t aware of a woman but who would want to be.

What’s the bigger picture you want to paint here?

Amy: As a family lawyer I used to read hundreds of cases where a judge had explained, very carefully why they’d removed children from the care of their birth families. A lot of the women we work with don’t understand the reasons why their children have been taken away. The gulf between the decision makers and the people whose lives those decisions affect is huge.

These women sometimes know that experts and judges have recommended that they would have to undergo, for example, two years of counselling before they could be considered to have made the changes necessary to be able to look after their child. But often they don’t know what that counselling is for and they definitely don’t know where to access it, or even who to ask.

Caz: If we work with twenty women in our 18-month pilot programme, we can estimate about fifteen children won’t have been born only to be immediately removed. We’ve prevented massive trauma to women and children.

When women are able to take a break from pregnancy and work with us, there’s set time and space to deal with underlying struggles and the impact of previous traumas. They might reconnect positively with their children who are in other people’s care and will be in a much better position to care for children in the future.

The effects are big and they’re long term.

Find out more about why Bristol needs Pause
Next PostPrev Post 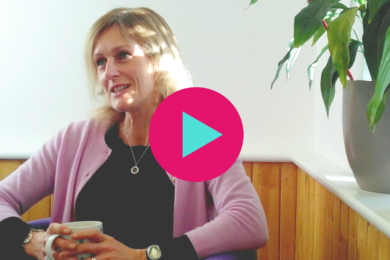 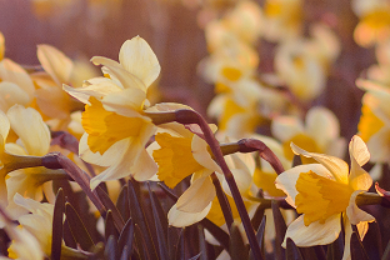 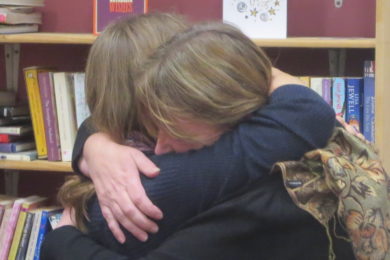 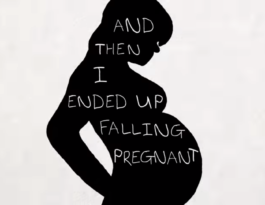