Home > About us > Our story

One25 started in May 1995 as a result of concerns from local agencies and churches about the health and wellbeing of female street sex workers in Bristol.

In September 1995, One25 secured a drop-in facility one afternoon a week at the Salvation Army’s Candle Project, Lower Ashley Road. It was initiated by Val Jeal, who led a small but dedicated group of like-minded people in forming supportive relationships with the women. In January 1996 the drop-in moved to a new temporary home in the basement of 125 Cheltenham Road, which gave the project its enduring name. Around this time a consultative group was formed with representatives from relevant agencies such as Bristol Drugs Project and the BRI’s sexual health clinic. A management team was formed and Val took on the role of Project Manager.

In July 1996, a van was donated, which enabled us to start evening outreach on the streets. This greatly increased the opportunity for effective contact with the women and this service remains at the core of our ongoing work. One25 was supported at this time by 18 volunteers.

On the 14 May 1997, One25 became a registered charity and also moved to occupy its present site at 138a Grosvenor Road, which had facilities for a larger drop-in area and offices for the increasing number of staff, including our first caseworker in 2000. In 2005 the building, which was previously rented, was given outright to the project by Bristol Christian Fellowship.

In 2009 we opened an addiction treatment mother and baby home, Naomi House. After three years we were forced to close this service through lack of funding. However, during its time we supported 18 families to address the mother’s life controlling issues, increase her parenting skills and enable families to stay safely and healthily together.

Thanks to the amazing courage of our service users, the tireless support from our volunteers and supporters and our staff’s passionate commitment, in the the last few years One25 has won several awards for our work. These are: National Ugly Mug Star Project Award; South West Impact Award, Queen’s Award for Voluntary Service, the Outstanding Engagement award from Golden Key (recognising our expertise with ‘hidden’ women) and the Bristol Life Awards Charity of the Year. In 2015, then CEO Gill Nowland won an MBE for her work.

We now employ around 39 full or part time staff and are supported by over 220 volunteers. The range of services we offer are designed to meet each woman at her point of need to give support for as long as she needs.

Help our story continue by making a donation today 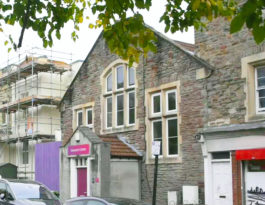 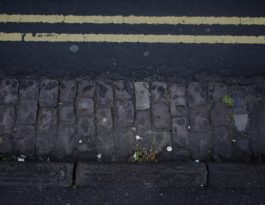